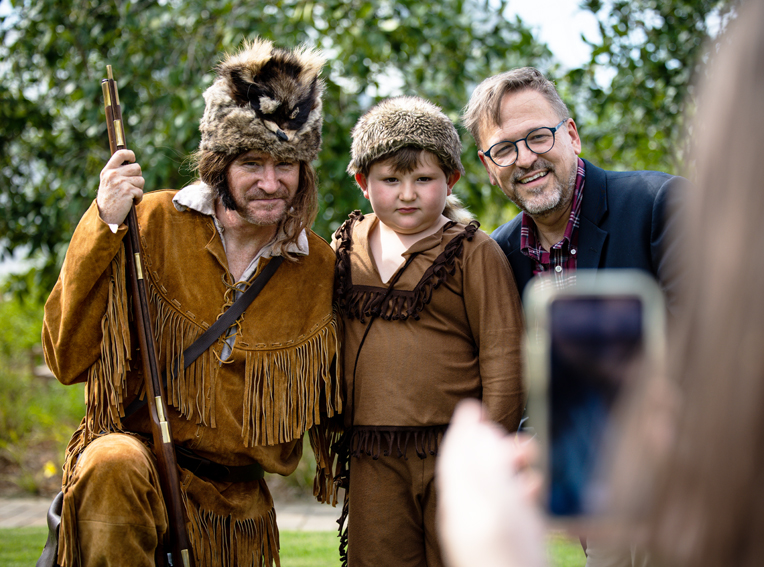 This special episode was recorded during the celebration of David Crockett’s 235th birthday at Discovery Park of America in Union City, Tenn. Podcast host Scott Williams is Discovery Park’s president and CEO and recently published “The Accidental Fame and Lack of Fortune of West Tennessee’s David Crockett.” In this program that took place in front of an audience at the museum that day, he explored how Crockett rose from the Tennessee frontier to international icon with panelists Bart Shatto and Dr. Arthur Hunt.

Shatto is a member of the original Broadway casts of Tony-nominated “Hands on a Hardbody” and “The Civil War.” He has also been seen on Broadway in ‘War Paint,” in the iconic role of Jean Valjean in “Les Miserables” and he originated the role of Quincey Morris in “Dracula.” Shatto and a team are currently working on a new play, “The Life and Times of Davy Crockett,” that takes place in Memphis the night before he departs for Texas.

Dr. Hunt is professor of Mass Media and Strategic Communication at the University of Tennessee at Martin where he teaches public speaking related courses. He has also performed a living history program for Tennessee state parks, schools and other venues called, “The Story of Davy Crockett as told by Himself.”