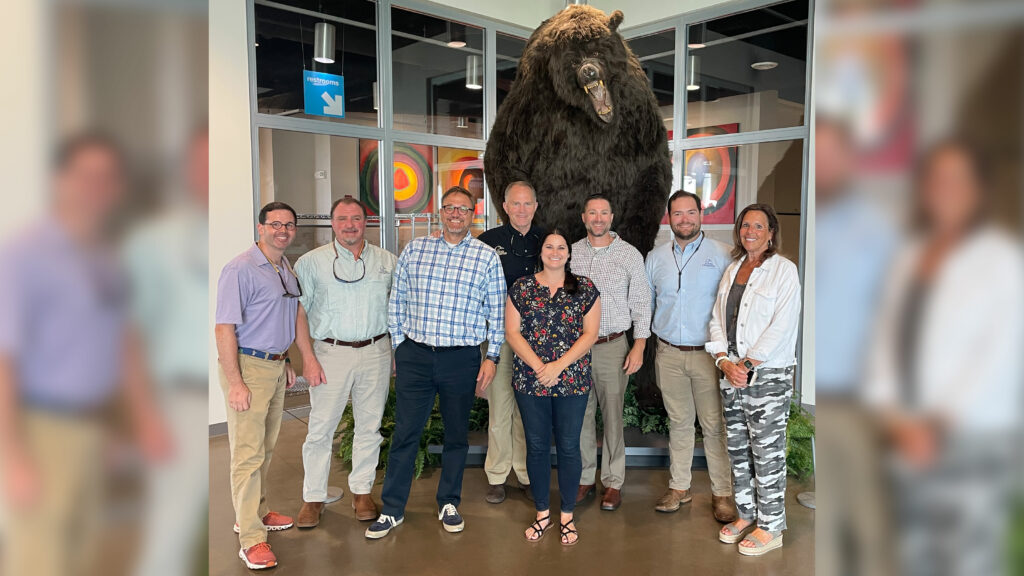 Union City, Tenn.—Discovery Park of America announced today an exhibit dedicated to telling the story of waterfowl hunting, conservation and the ecosystem of the Mississippi Flyway is currently being developed. “Duck, Duck, Goose: Waterfowl of the Mississippi Flyway” will open at the museum and heritage park in 2023. Ducks Unlimited, the world’s leader in wetlands and waterfowl conservation, is the premier sponsor of the exhibit.

“This new, permanent exhibit will use a combination of stories, three-dimensional objects, interactive elements and hands-on experiences,” said Scott Williams, Discovery Park’s president and CEO. “While some of our guests who encounter this exhibit will be well acquainted with waterfowl hunting and conservation, many others will be exposed to those topics for the first time.”

Louisville, KY-based Solid Light, a leader in the exhibit design and fabrication field, has been selected to head the project. Solid Light also worked with Discovery Park on the recently opened exhibit “AgriCulture: Innovating for Our Survival.”

Cynthia Torp, Solid Light’s owner and CEO, and her team have already been working alongside the Discovery Park exhibits professionals on the project for more than a year. They’ve also been working closely with experts at Ducks Unlimited throughout this research phase.

“With the museum’s location in the heart of the Mississippi Flyway and their unique mission of inspiring their visitors to explore the world around them, Discovery Park is in the perfect place to tell this story,” Torp said. “And I can’t imagine a better partner for this exhibit than Ducks Unlimited.”

Ducks Unlimited was founded in 1937 during the Dust Bowl when North America’s drought-plagued waterfowl populations had plunged to unprecedented lows. A small group of sportsmen joined together to form an organization that became known as Ducks Unlimited.

“As the world’s largest and most effective private waterfowl and wetlands conservation organization, our impact comes through a series of partnerships with private individuals, landowners, agencies, scientific communities and other entities like Discovery Park,” said George Dunklin, Ducks Unlimited past president and current board member. “We’re thrilled to be able to apply our expertise on wetlands conservation to help tell these stories to the millions of Discovery Park visitors who will experience the exhibit in coming years.”

Another partner, the U.S. Fish and Wildlife Service, is partnering with the museum to host the upcoming 2023 ​Tennessee Junior Duck Stamp Award Ceremony in April. The Junior Duck Stamp program is a dynamic art- and science-based curriculum that teaches wetland and waterfowl conservation to students in kindergarten through high school. The program encourages students to learn about waterfowl and their habitats and express what they have learned through an art contest. A variety of programs are being planned, such as Junior Duck Stamp Camp on Discovery Park’s STEAM Saturday, which can be enjoyed by anyone in grades K-12 interested in participating in the contest.

Although research and development for the exhibit is still underway, the initial direction has been determined by focus groups with content experts including waterfowl hunters, educators in the fields of conservation and wildlife and published reports and papers on the topic.

Those interested in partnering with Discovery Park on this exhibit should contact Mary Nita Bondurant at 731-885-5455 or mbondurant@discoveryparkofamerica.com.