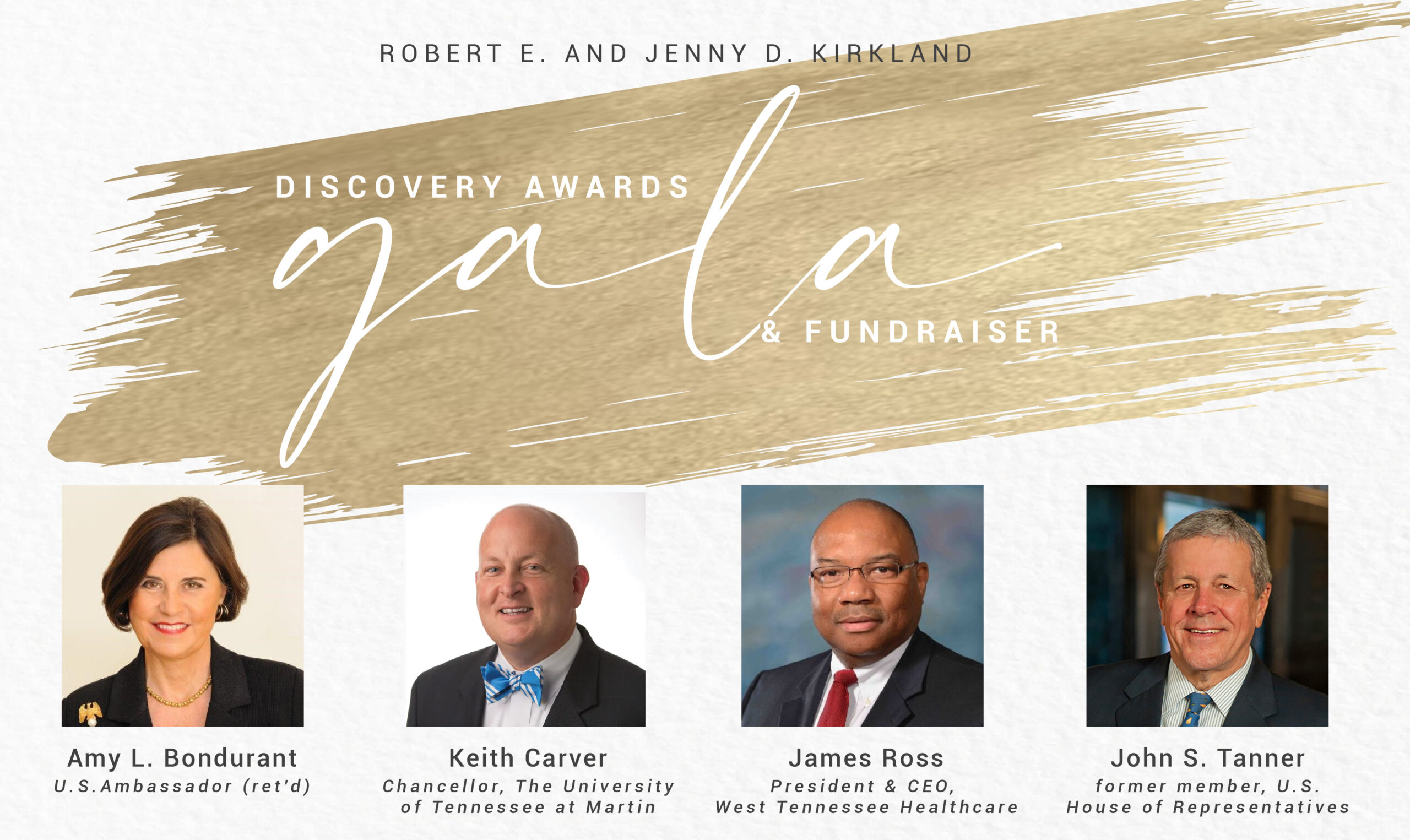 The Robert E. and Jenny D. Kirkland Discovery Award recognizes individuals for their contributions to inspiring children and adults to see beyond.

Union City, Tennessee—Discovery Park of America has announced the honorees for the 2023 Discovery Awards Gala and Fundraiser that will be held Saturday, March 4, 2023. The award recognizes individuals whose work, like that of Discovery Park, brings enlightenment, inspiration and education to those whose lives they’ve touched.

The awards ceremony and fundraiser, emceed by Keli McAlister, Tennessee Bureau of Investigation public information officer, will bring together thought leaders, policymakers, philanthropists and others to celebrate the honorees, all of whom have deep roots in West Tennessee. The 2023 Robert E. and Jenny D. Kirkland Discovery Award honorees are:

Ambassador Amy L. Bondurant’s career spans more than 45 years of leadership in government, business, law, and nonprofit governance. Ambassador Bondurant’s tenure as the first female U.S. Ambassador (1997-2001) to the Organization for Economic Cooperation and Development (OECD) in Paris, France, spanned both the Clinton and Bush Administrations. Ambassador Bondurant served as Senior Counsel to the U.S. Senate Committee on Commerce, Science and Transportation, as a senior partner in a major Washington, DC law firm, on corporate boards such as Rolls Royce in London, England and on nonprofit boards such as the American Hospital in Paris, France. Bondurant was born in Union City, Tennessee, and raised in Hickman, Kentucky.

Dr. Keith Carver began his duties as the 11th chancellor of the University of Tennessee at Martin on January 3, 2017. Dr. Carver has worked with the UT System for 24 years and served as executive assistant to the UT president from January 2011-December 2016 before accepting the post at UT Martin. Prior to his position with the UT System, he held various positions on the UT campuses in Knoxville, Martin, and Memphis, which included serving as interim vice chancellor for development and alumni affairs at the UT Health Science Center in Memphis and as assistant vice chancellor for development at UT Martin. He was born and raised in Alamo, Tennessee.

James Ross, now CEO, joined West Tennessee Healthcare in 1985 as a registered nurse in the surgical intensive care unit. Positions held during his career are critical care coordinator, cardiac services manager, director of CCU, administrator of the West Tennessee Surgery Center, executive director of physician services, director of case management/social services and vice president of hospital services. In 2009, he was named chief operating officer for West Tennessee Healthcare, and in 2016 was named by the board of trustees as the acting president and chief executive officer. He was named president and chief executive officer with full authority for the organization in 2017. He is from Henderson, Tennessee.

Former Congressman John Tanner of Union City, Tennessee served in the U.S. House of Representatives for 22 years where he represented Tennessee’s 8th congressional district. While in Congress, Congressman Tanner served on the House Foreign Affairs Committee and the Ways and Means Committee, where he chaired both the Social Security Subcommittee and the Trade Subcommittee. He also chaired the U.S. House delegation to the NATO Parliamentary Assembly, the alliance’s legislative branch, for several years. In November 2008, legislators from all NATO member nations elected Tanner to serve a two-year term as esteemed president of the NATO Parliamentary Assembly.

“When Robert and Jenny Kirkland cut the ribbon opening Discovery Park nearly ten years ago, they envisioned an organization with a mission of inspiring children and adults to want to learn more about the world around them,” said Scott Williams, the museum’s president and CEO. “As we celebrate our first decade, it’s also fitting that we honor these impressive Discovery Award winners. They embody that same mission to inspire children and adults to see beyond.”

The names and biographies of the 2023 honorees will be added to a kiosk at Discovery Park with those from previous years.

The event will feature entertainment from a variety of musicians from the region and a served dinner prepared by award-winning chefs David Jones and Karla Lawrence of Artisan Kitchen of Paducah. In addition to complimentary champagne upon arrival, a cash bar will be available.

The Robert E. and Jenny D. Kirkland Discovery Awards Gala and Fundraiser will be held at Discovery Park of America, (830 Everett Blvd., Union City, Tennessee,) on Saturday, March 4, 2023 with cocktails beginning at 5:30 p.m. and the awards dinner at 7:00 p.m.

Information on tickets and tables can be found at DiscoveryParkofAmerica.com/gala2023. 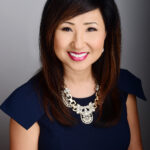 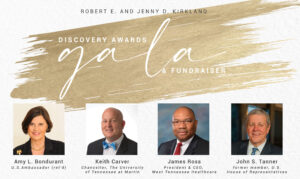