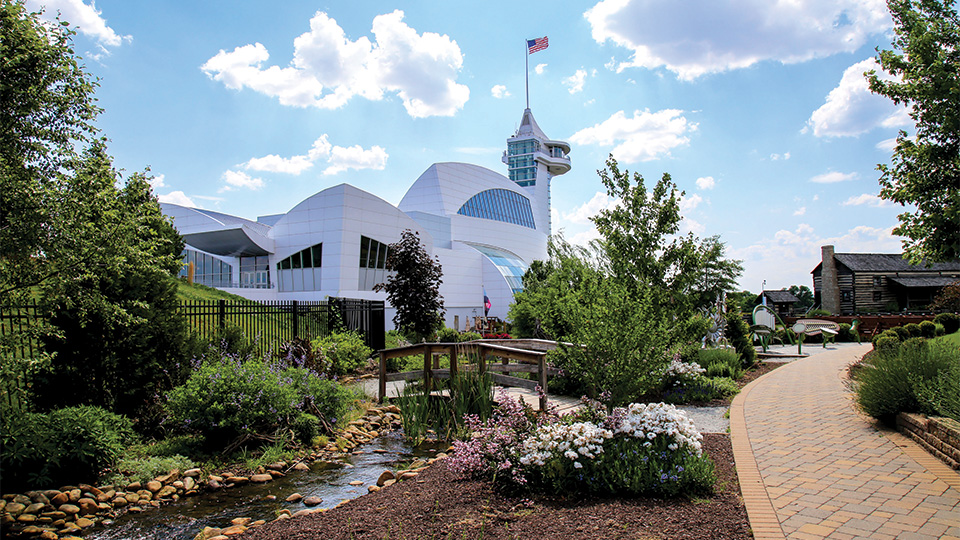 Union City, Tennessee— Thanks to a partnership with Magnolia Place Assisted Living, children 17 and younger will receive free admission to Discovery Park of America throughout the month of January 2023. Adult general admission will be just $10 in January to kick off the museum and heritage park’s 10th birthday.

There will also be many other opportunities for children and adults to celebrate Discovery Park’s 10th birthday throughout the year. Included are updates to two of the museum’s most popular experiences — Discovery Theater and the Water Tables in the Simmons Bank Children’s Exploration Gallery.

The designers of the new Water Tables have opted for a larger experience that snakes throughout the entire gallery and incorporates many new interactive activities. New elements added include a fishing pond, interactive rain clouds, moveable aqueducts, many new water toys and an activity that encourages children to direct fog using a series of pipes.

Another updated space, The Discovery Theater, was recently upgraded to incorporate a state-of-the-art, laser-illuminated 3D projection system, the latest high-efficiency 40,000-lumen laser projector on the market and an advanced surround-sound system. The ability to show 3-D films will provide significant new programming capabilities in the theater. In 2023, two award-winning 3D films will be shown throughout the day. “Dinosaurs of Antarctica 3D” uses the latest in CGI technology to follow a team of paleoecologists on a quest to understand the southern continent’s profound transformation from a warm and bio-diverse Mesozoic to the frozen desert we know today. “Tiny Giants 3D” is an adventure film created by the award-winning nature filmmakers Michael Gunton (“Africa, One Life,” “Madagascar”) and Mark Brownlow (“Planet Earth,” “South Pacific”) and narrated by English actor, broadcaster and comedian Stephen Fry.

Discovery Park’s new greenhouses and the Farm Credit Mid-America Education Pavilion will also open in 2023 and will provide hands-on educational spaces for visitors to learn more about the horticulture of the region. A new permanent exhibit that will open in 2023, “Duck, Duck, Goose: Waterfowl of the Mississippi Flyway,” is being created in partnership with Ducks Unlimited. The exhibit will use three-dimensional objects, interactive elements and hands-on experiences to tell the story of waterfowl hunting, conservation and the ecosystem of the Mississippi Flyway.

Open Jan. 21 to May 21, 2023, is a temporary exhibit, “Inside the Cornerstone Box.” It will feature items the Discovery Park exhibits team discovered inside a cornerstone box that was found in the rubble of Dresden First United Methodist Church of Dresden, Tennessee, after the devastating tornado in 2021. From June 1 to Oct. 29, 2023, The Southern Artist Showcase gallery will feature the work of Kimberly Greene-Bugg, award-winning artist and member of the Oneida Nation on the Six Nations Reserve in Ontario, Canada. Residing in Obion County, Tennessee, Bugg is one of the nation’s top Native American artists, and her art will be displayed in conjunction with Discovery Park’s inaugural Northwest Tennessee Native American Education Pow Wow to be held Oct. 27 – 29, 2023. The Northwest Tennessee Photography Club Showcase will be updated in June and December 2023, and an additional exhibit, exclusive to Discovery Park and featuring photographs by outdoorsman Seth Dortch of Union City, Tennessee, will be on display Aug. 11, 2023 to March 31, 2024. The photographs in this exhibit were taken during waterfowl hunts along the Mississippi Flyway and in the Reelfoot Lake region.

For a complete list of exhibits, programs and events in 2023, visit DiscoveryParkofAmerica.com. 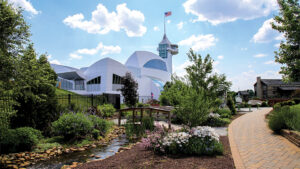 Photo Caption: Discovery Park of America Offers Free Admission for Children and $10 Admission for Adults Throughout the Month of January 2023