Union City, Tenn.— On Saturday evening, March 7, Discovery Park of America honored seven individuals who, like the museum and heritage park, bring enlightenment, awareness and education to those whose lives they’ve touched.

The inaugural gala and fundraiser was attended by a sold-out crowd of 350 from around the region who joined Discovery Park in celebrating the winners, all of whom have deep roots in West Tennessee. Many in attendance had come to witness their friends and family members receiving the award and were visiting Discovery Park for the first time. The 2020 Robert E. and Jenny D. Kirkland Discovery Award winners were:

A special Discovery award, presented at the event by board member Bob Cartwright, was given to Jim Rippy, a close friend of Discovery Park founders Robert and Jenny Kirkland. Rippy was instrumental in the planning and development of Discovery Park and was the president of the organization in its first half decade.

Live music was one of the highlights of the evening. As guests arrived, they enjoyed music provided by Charles Lewis on the flute and Dr. Chan Mi Jean on the keyboard. During the silent auction and cocktail party that proceeded the awards dinner, The Brown-Short Duo entertained the guests as they bid on the 70 silent auction items that were donated by organizations in support of Discovery Park’s mission. During dinner, background music was provided by Jackson Symphony musicians Grace Shaw and Elise Dougan on violins and Daniel Strawser on cello.

Master of Ceremonies was Bill Minihan, director at Badgett Playhouse, while the live auction was led by Jay Cash.

Alice and Carl Kirkland were presented their award by Dr. Ron Kirkland, who is Carl’s cousin and the brother of Discovery Park founder, Robert Kirkland. There was a large group of more than 50 of their friends from Jackson who came to the event to show their support for the couple. In accepting the award, Carl Kirkland gave a short introduction on how he and his wife, Alice, spent their early years in Union City and their love for West Tennessee before saying, “Thank you for being here and thank you to Jenny and Robert for the idea of this great place coming to be. I know it will be serving the community for generations to come.”

Jon Robinson, the general manager for the Tennessee Titans, summed up the spirit of the evening perfectly when he encouraged the crowd to give back however they can in their own communities. He said, “Giving back will ignite your soul. It’s the most powerful thing that we can do. Thank you for this award, God Bless and Titan Up!”

In an impact video that premiered during the event, Discovery Park president and CEO Scott Williams commented, “We’ve been given a powerful gift by Robert and Jenny Kirkland and thanks to our volunteers, our sponsors and our generous donors, we plan to make certain we take stewardship of that gift very seriously so that Discovery Park will be here for the communities we serve for decades to come.”

Money raised from the silent auction will benefit the Kirkland scholarship fund that provides free admission to students from schools where 75 percent or more of the students qualify for the free lunch program. Other money raised will support every aspect of operating Discovery Park from regular maintenance and day-to-day operations to allowing educators to create new interactive exhibits and develop programs and classes.

As guests departed the event, they were given Discovery Park’s 2019 Impact Report that showed the many ways the organization contributed to the region in 2019 and listed the names of families, individuals and corporate partners who made a contribution in 2019. A copy of the report can now be viewed online.

You can view photos and more information on Discovery Park’s blog post. 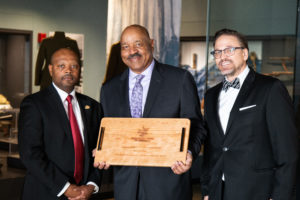 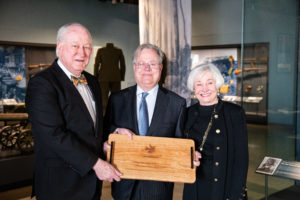 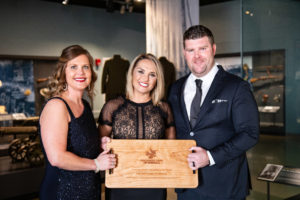 Caption: Allison Palmer (left) presented her brother Jon Robinson and his wife, Jaimie, with the Discovery Award. Robinson is the general manager of the Tennessee Titans. 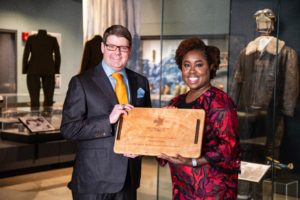 Caption: Stephen Vaden was presented the Discovery Award by Dana Weekes. Vaden is General Counsel for the United States Department of Agriculture. 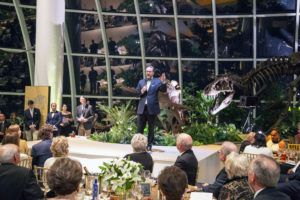 Caption: Discovery Park CEO and President Scott Williams addresses the crowd at the sold out Discovery Awards on March 7, 2020.