“40 CHANCES: Finding Hope in a Hungry World: The Photography of Howard G. Buffett”

Philanthropist and photographer Howard G. Buffett turned his camera lens on global hunger and poverty with this exhibit of photographs. Traveling to 137 countries over the past two decades, Buffett has documented the powerful forces that keep poverty and hunger alive as part of a global campaign to raise awareness of these issues. Buffett believes that each of us has about 40 chances to accomplish our life goals, just as farmers have about 40 growing seasons to improve their harvests. The photographs in “40 CHANCES” reflect his belief that hunger is intertwined with poverty, fear, war and conflict, and lack of opportunity for women.

Also included is an interactive kiosk that highlights several organizations working to make a difference around the world, from Feeding America — the nation’s largest domestic hunger relief organization — to the U.N.’s World Food Program. For more of the story behind the exhibit, guests will enjoy a video of Buffett discussing his work and his campaign to end world hunger. 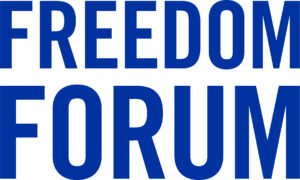