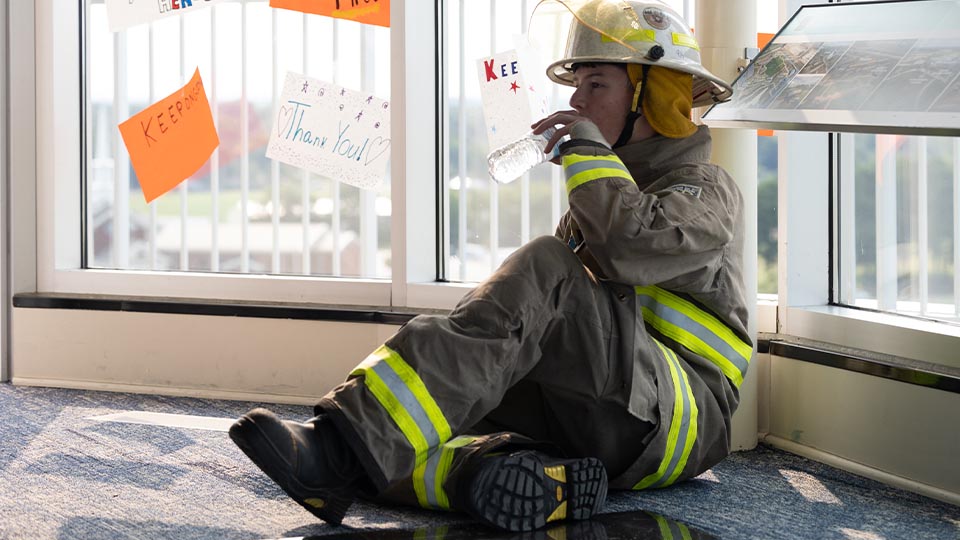 Local Union City firefighters will once again be partnering with Discovery Park of America to host the annual stair climb on Sat., Sept. 10, 2022, as a way to pay tribute to those who were lost in the terrorist attacks on Sept. 11, 2001. Because this year marks the 21st anniversary of the attack, organizers anticipate a large number of firefighters, police, EMS and military personnel from throughout the region to join them at the Union City, Tenn., museum and heritage park.

The tower stair climb, held in conjunction with The National Fallen Firefighters Foundation, is open to any rescue worker who wishes to participate in climbing the Discovery Park Tower staircase 10 times in full gear, the equivalent of the 110 stories of the World Trade Center. The terrorist attacks killed 2,184 civilians, 343 firefighters, 72 law enforcement officers and 10 EMS workers. Many others have died from medical complications in the years since.

Those who have purchased a ticket to Discovery Park that day are welcome to watch and encourage the firefighters as they climb the stairs. Once the last firefighter has completed the climb, there will be a moment of silence to remember those who lost their lives.

Climbers will be given an identification tag and photo of a first responder that lost their life on 9/11 as they climb the steps, and the stairwell will be filled with posters and words of encouragement from Union City and Obion County students.