“The Fascinating World of Murray Hudson’s Globes and Maps” 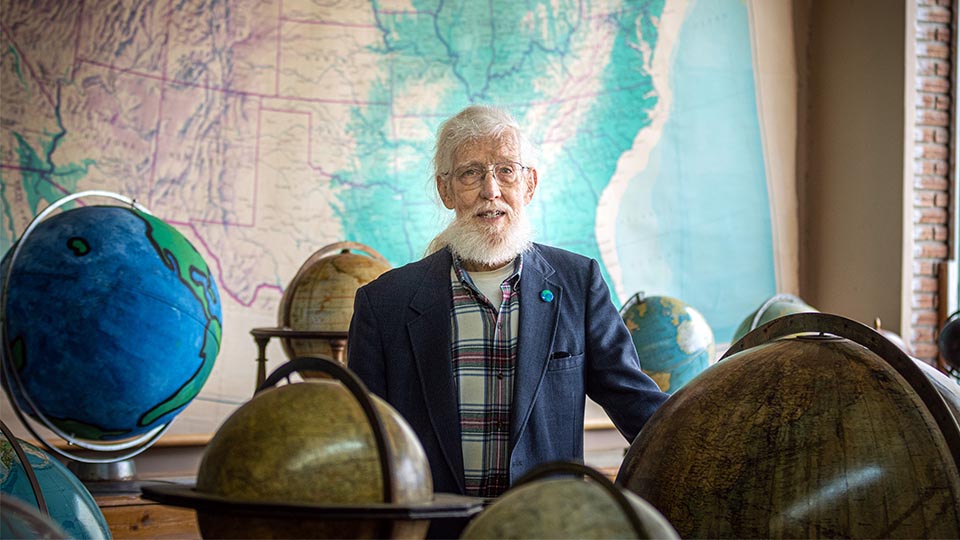 “The Fascinating World of Murray Hudson’s Globes and Maps” is a temporary exhibit that will shine a spotlight on one of the most unique collections of globes and maps in the world.

Hudson is a former English professor, stockbroker and farmer originally from Dyersburg, Tenn., who owns the largest private collection of for-sale antiquarian maps, globes, books and prints in the world. On display will be early maps from the 17th century to the present, items of historic relevance, beautiful aeronautical and road maps from today and incredible globes that could pass for works of art.

Those exploring the exhibit will also get to see rare globes that range from the two-and-a-half-foot wide diplomat’s globe from 1918 that focuses on political geography to one of the smaller curiosities in his collection, an 1840s boxed globe from Germany that shows Texas as an independent republic, just before it was annexed by the United States.

“The Fascinating World of Murray Hudson’s Globes and Maps” will be on display in the museum’s ATA Traveling Exhibit Hall Dec. 2, 2021-May 15, 2022.

Sponsored by Conley and Conley Attorneys at Law.