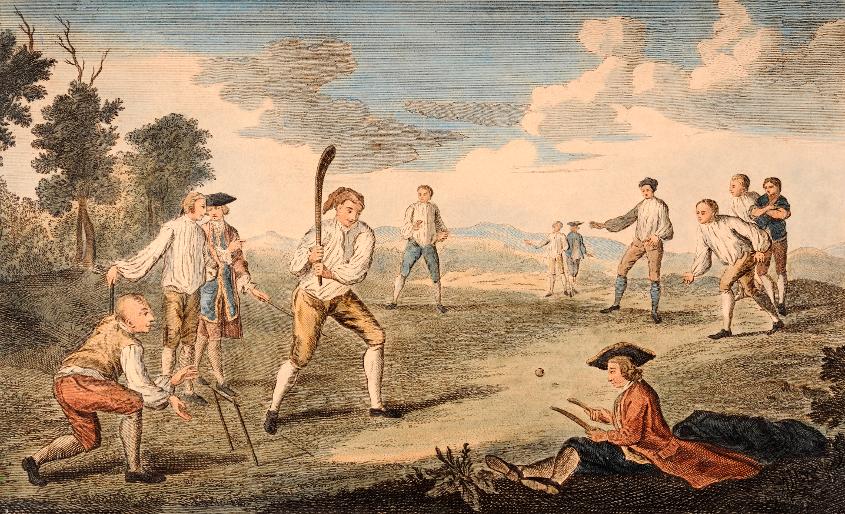 Make plans to visit Discovery Park of America on July 2, 2022 and interact with living historians, such as James Madison, Samuel Adams, Betsy Ross, John Stowe and Joseph Plumb Martin. Learn to play an informal game of cricket with American cricket player and historian, Tom Melville. Plus, participate in the “Ringing of the Bell” ceremony with the reading of the Declaration of Independence. After the special program, enjoy colonial games and activities throughout the park.

Ringing of the Bell Ceremony at the Chapel

“Let’s ring freedom bells!” Celebrate this nationally-recognized event with patriotic music such as “Yankee Doodle” and “The Star-Spangled Banner” performed by a local choir. Guests can also enjoy the reading of the Declaration of Independence. The Liberty Bell will ring 13 times for the first 13 colonies of the United States of America.

What team sports were Americans playing during the colonial era? A time when there was no football, basketball or even baseball.  The most popular team sport with Americans at that time was the venerable old English game of cricket, which was being played in America as early as 1709.  Continental troops, members of the Continental Congress and even George Washington played the game.

Visitors to this year’s Independence Day Celebration at Discovery Park of America on July 2 will have an opportunity to personally experience this aspect of 18th century American life by joining in the short, informal cricket games that American cricket player and historian Tom Melville will be conducting throughout the day.  The games will be run on a continuous walkup basis and are open to all. Absolutely no experience is required.  So come and discover what “play ball” meant to Americans in 1776.

The Culper Ring of Spies has intelligence that is vital to winning the war of Independence, but the sudden red coat presence has made it impossible to deliver the last pieces of crucial information. The agents have managed to leave behind some clues, and solving them could save the Continental Army. The clues might be tucked away or hidden in plain sight and if you’re lucky a sympathetic staff member might be able to provide hints.

Skills and Craft Lessons in the Heritage Garden

Join our staff in The Settlement for a demonstration of skills used in the 1800s. The demonstration will include fabric dyeing using natural dyes, soap making, spinning and weaving. Also, members of the Family and Community Education (FCE) of Obion County Extension will be performing historic textile demonstrations like knitting, tatting, apron-making and more.

Demonstrations at the Grist Mill

Stop by the mill for a demonstration of the grist mill being used to ground grains into something finer and better suited for cooking or distilling in the 18th century. The Brewer-Austin Mill features an actual gristmill that was originally used in the Massengill Mill, about 25 miles northeast of Knoxville. The Massengill Mill was first opened in 1796, and the mill now at Discovery Park was first installed in 1816. It remained in operation until the Massengill family was forced to close it during the Great Depression.