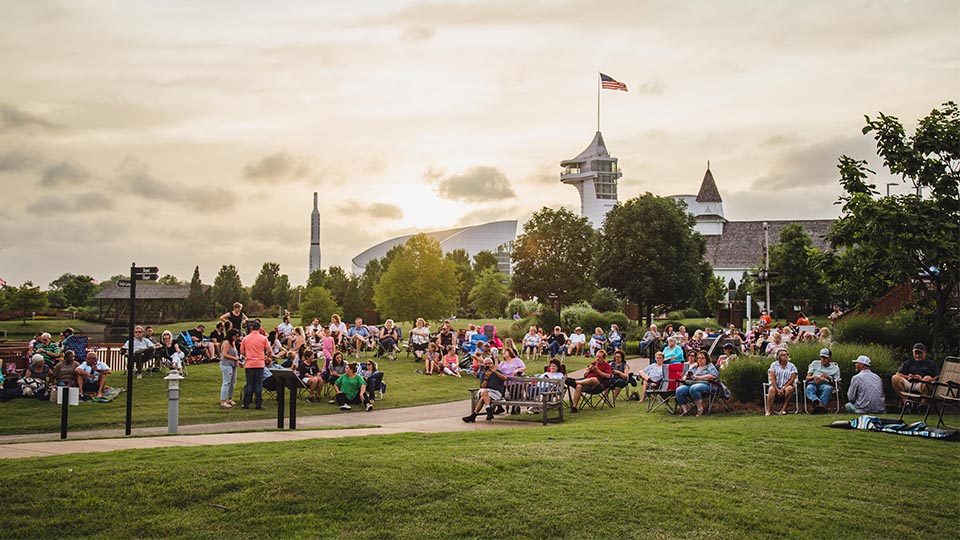 Join your friends and family out by the South Lake at Discovery Park of America on Friday nights in May and June for a family-friendly summer concert series. Bring your blanket, lawn chairs or grab a seat on the Train Depot and listen to some of your favorite local entertainers and bands perform from the stage overlooking the beautiful lake. You can fish on the bank of the lake, watch the sunset against the horizon, enjoy a cocktail or just sit back and chat with friends. Bring your appetite because food will be available to purchase from food trucks. It will be a great way to kick off your summertime long weekends.
Friday evenings, May – June 2022
6 – 9 p.m.

Thanks to the support of our partners, admission is free.
Cash bar and food trucks available 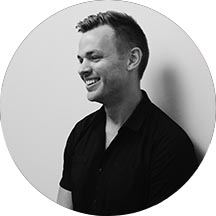 Clark Beckham started singing in a gospel trio with his mother and father when he was 8 years old. He started playing instruments around the same age. Today, he is as much of a profound instrumentalist as he is a vocalist. In 2015, his soulful, bluesy vocals along with his incredible talent on the piano and guitar took America by storm and Beckham finished as American Idol’s Season 14 runner up. Since then he has performed with the Nashville Symphony, written with Brian McKnight. has been nominated for a Teen Choice award as Music’s Next Big Thing and spent 3 years under Quincy Jones’ wing as an artist signed to his management company. He’s currently on his second tour for his debut album, “Light Year.” Just years ago, Beckham made his money playing and singing on the streets of Nashville. Whether practicing scales, learning songs or just listening, he considers music the most major part of his life. In regards to music, Beckham states, “I think it, I speak it, I live in and around it, I make it and I do it.” He continues, “I feel like music is as much a part of me as my own heart.” 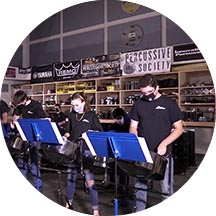 Pacer Pans is a steel drum combo comprised of students from the UT Martin Percussion Group. As a part of their commitment to music of the world, this group regularly performs throughout Northwest Tennessee. Their light and fun repertoire includes pop and jazz standards, as well as tunes from the steel drum’s home on the island of Trinidad.