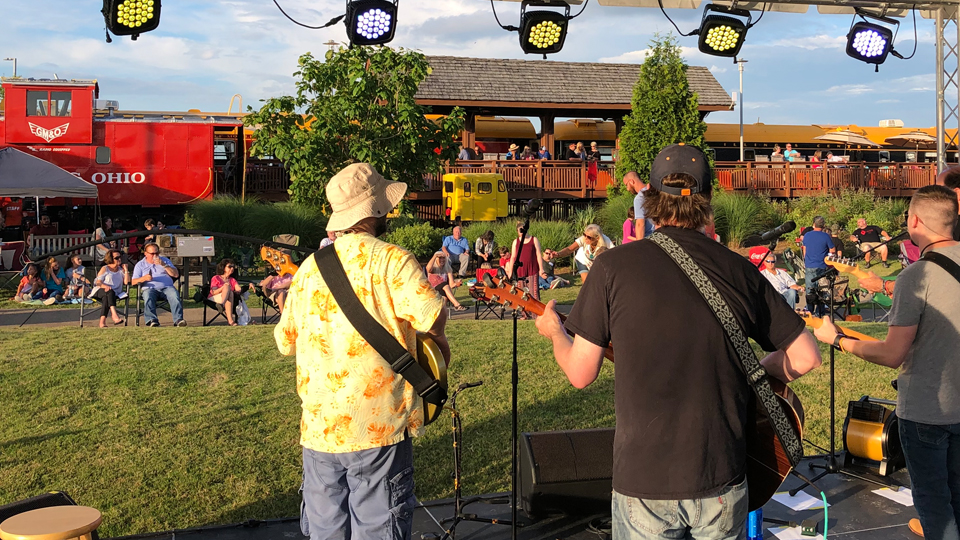 Join your friends and family out by the South Lake at Discovery Park of America on Friday nights through June 24 for a family-friendly summer concert series. Bring your blanket, lawn chairs or grab a seat near or around the Train Depot and listen to some of your favorite local entertainers and bands perform. You can fish on the bank of the lake, watch the sun set against the horizon, enjoy a cocktail or just sit back and chat with friends. Bring your appetite because food will be available to purchase. It will be a great way to kick off your summer weekends.

Thanks to the support of our partners, admission is free for members and nonmembers.
Cash bar and food trucks available 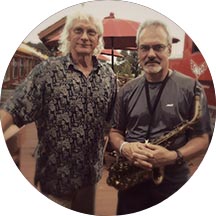 Keith Brown and Steve Short have been regular performers at Discovery Park in the past and are happy to return for this season’s Rhythm on the Rails concert series. They present a unique blend of saxophone-keyboard music, which combines instrumental and vocal arrangements of pop, R&B and country music from many eras. Keith and Steve have been performing together and with various music ensembles, dance bands and church music groups in the West Tennessee area for many years. Their high quality, instrumental music has made them a popular choice for musical entertainment at company banquets, Christmas parties, business receptions and area wineries. Keith, currently a resident of the Henderson area, is a retired school band director and now an adjunct professor in the music department at Union University in Jackson. Steve, a resident of Milan, began playing with bands while living in Memphis years ago. He has continued performing with many popular groups in the Jackson and West Tennessee area. 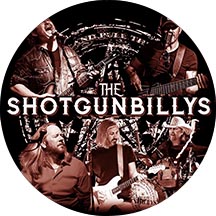 High-energy southern rock blending Memphis blues with a steady Arkansas country handshake. Meet the ShotGunBillys. The band hails from the outskirts of Memphis, Tennessee. They were nurtured on the sounds that made Memphis great but have carved a distinct sound that blends it all. Lance McDaniel (lead vocals, guitar), David Snell (backing vocals, bass), Theron Woods (backing vocals, guitar) Joe “Boogie” Simmons (backing vocals, keys) and Case Cooper (drums, percussion) started playing together as the ShotGunBillys in 2008. The ShotGunBillys all original albums include BAM! in 2014, Capricorn in 2017, and Mississippi in 2020. Make no mistake The ShotGunBillys are all the good sounds southern music has to offer. They can be found rocking out with Black Oak Arkansas’ Jim Dandy just as surely as jamming with The Bar-Kays’ James Alexander.  Over the past 20 years the ShotGunBillys have played across the nation delivering the same double-barrel thrills whether they are playing before 15 fans in a sleepy Arkansas roadhouse, 1,500 fans at Daytona Bike Week or 15,000 fans for the Sturgis motorcycle rally in South Dakota.