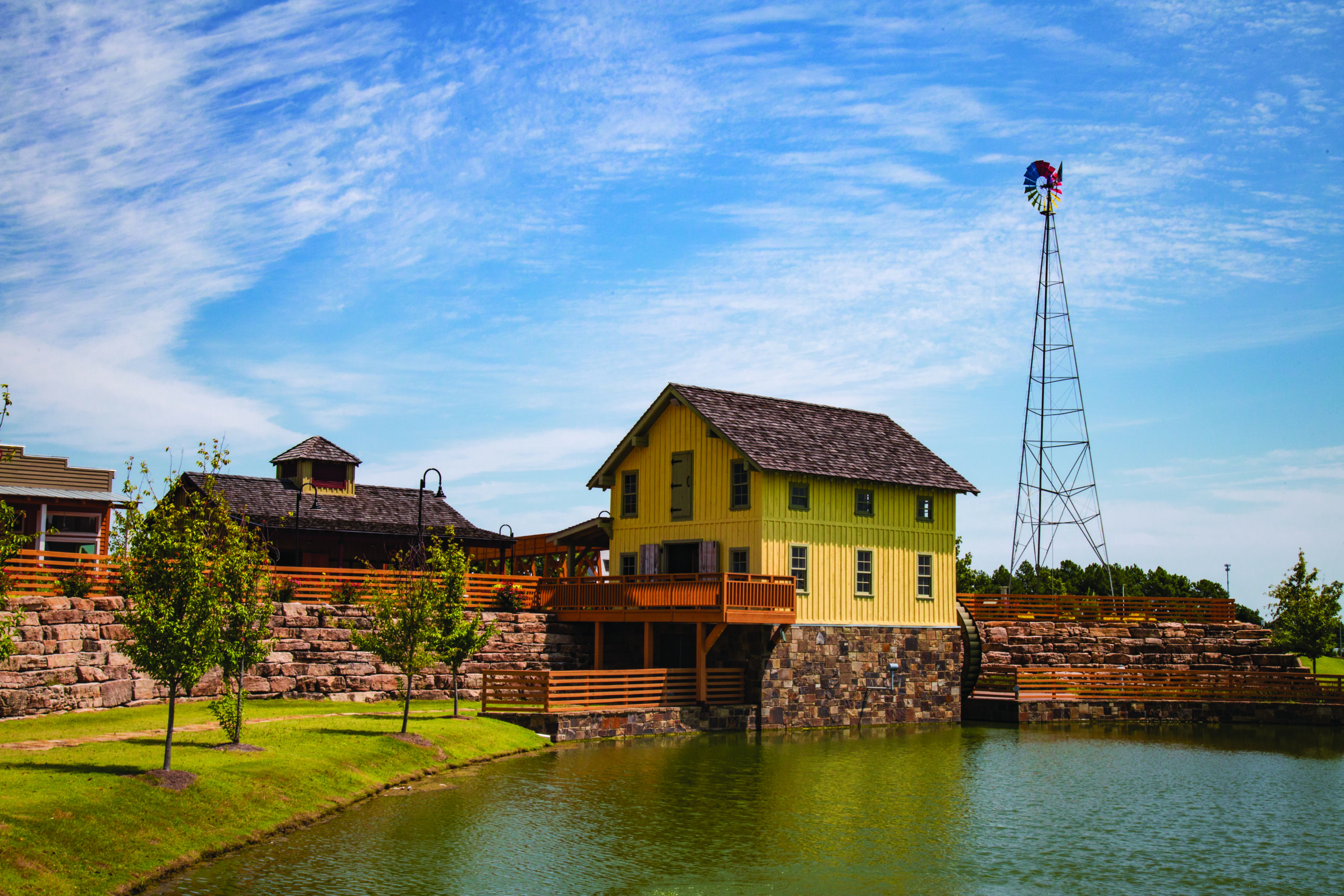 Located on the northeastern edge of the North Lake, Mill Ridge features the Brewer-Austin Mill, C. Grooms’ Smithy, Hugh Wade’s Feed Store, an original one-room schoolhouse, “his and her” outhouses and a windmill.

The Windmill is a 1933 Aeromotor Model 702 windmill that originally stood on the Harris farm, just a few miles from Discovery Park. It was donated in 2012 by the family of Hubert Samuel Harris who was a salesman for Aeromotor, selling windmills throughout the region from the 1920s until the early 1950s.

The Brewer-Austin Mill features an actual gristmill that was originally used in the Massengill Mill, about 25 miles northeast of Knoxville. The Massengill Mill was first opened in 1796, and the mill now at Discovery Park was first installed in 1816. It remained in operation until the Massengill family was forced to close it during the Great Depression.

The Schoolhouse once stood about six miles west of Discovery Park on Maupin Road and is one of the last one-room schoolhouses that can be found in the region.