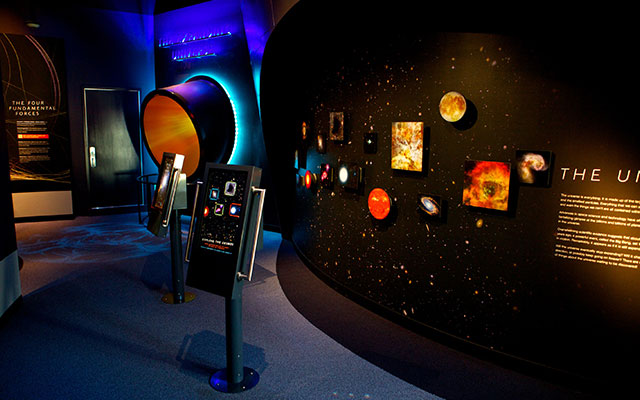 Guests who visit the space and science-related gallery weave their way through the universe, starting on planet earth and then venturing through the solar system, the galaxy and then beyond. Data and imagery presented in these exhibits are taken almost exclusively from NASA sources.

While an asteroid that enters the Earth’s atmosphere is often called a “shooting star,” it’s actually a meteor.  The pieces that do not burn up but hit the ground intact are called meteorites. The iron-nickel meteorite on display at Discovery Park fell to earth in Nantan County, Guangxi, China in 1516 and weighs 661 lbs. This specimen was discovered along with others in 1958 when a field strewn with “iron rocks” was discovered by farmers looking for iron ore to make steel. When these heavy, iron-rich rocks wouldn’t melt, further investigation showed them to be iron meteorites.