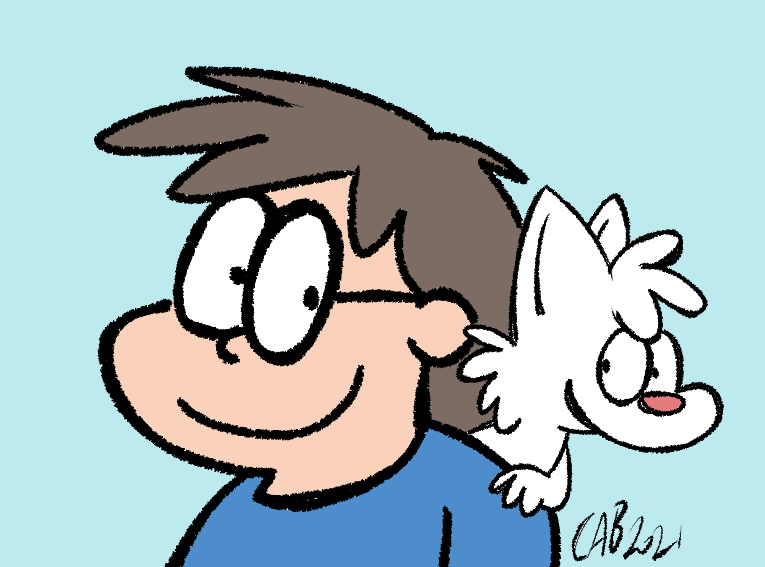 Charles Brubaker’s path has taken him from a childhood on the busy streets of Isahaya, Nagasaki in Japan to life with his six cats and two dogs living in the rural community of Martin in Northwest Tennessee. In this episode, he shares how he turned his early passion for art and illustration into a successful career as a storyboard artist, cartoonist and animator. After graduating from the University of Tennessee at Martin, he worked with animation historian Jerry Beck as a researcher on Pink Panther: The Ultimate Guide and has had his work in the popular SpongeBob SquarePants comic books and Mad Magazine.  Today, his popular Ask a Cat and The Fuzzy Princess strips are popular among comic fans of all ages.

You can find samples of his work at bakertoons.com.

This podcast episode is available online on Soundcloud, Apple Podcasts, YouTube, Spotify and other popular podcast platforms and apps.