Included in the upgrade is the latest high-efficiency 40,000-lumen laser projector on the market, an advanced surround-sound system and the ability to show 3-D films which will provide significant new programming capabilities in the theater.

An additional change is the renaming of the theater to “The Discovery Theater.”

“For all of us at Discovery Park, this is more than just new technology and a name change,” said Karl Johnson, Discovery Park of America director of information technology. “The new projection and audio system and the ability to show 3D films gives us a fun, new way to implement our mission to inspire children and adults to see beyond.”

The Discovery Theater will close for the remodel on September 12, 2022 and reopen on October 8, 2022 with the 20-minute version of two award-winning 3D films, “Dinosaurs of Antarctica 3D” and “Tiny Giants 3D.”

“Dinosaurs of Antarctica 3D” from Giant Screen Films and D3D Cinema uses the latest in CGI technology to follow a team of paleoecologists on a quest to understand the southern continent’s profound transformation from a warm and bio-diverse Mesozoic to the frozen desert we know today. “Tiny Giants 3D” from BBC Earth is an adventure film created by the award-winning nature filmmakers Michael Gunton (“Africa, One Life,” “Madagascar”) and Mark Brownlow (“Planet Earth,” “South Pacific”) and narrated by English actor, broadcaster and comedian Stephen Fry.

“Our team is honored by the trust placed in us by Discovery Park to design, integrate and support this important re-imagination of their theater,” said Derek Threinen, D3D’s Senior Vice President of Business Development. “The versatility of this new system will allow Discovery Park to open new worlds of discovery with stunningly-immersive sights and sounds from around the world, and in subjects as diverse as the museum and park itself.” 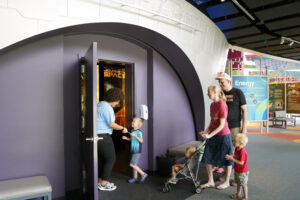 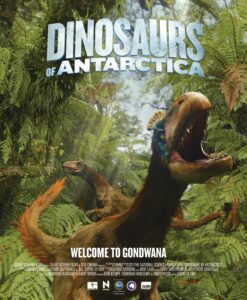 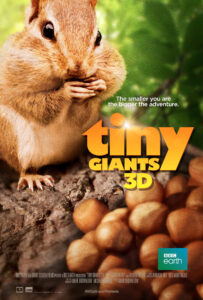