Senior Fellow for the First Amendment for the Freedom Forum, Gene Policinski, to Speak at Union City Rotary on Friday, Sept. 23 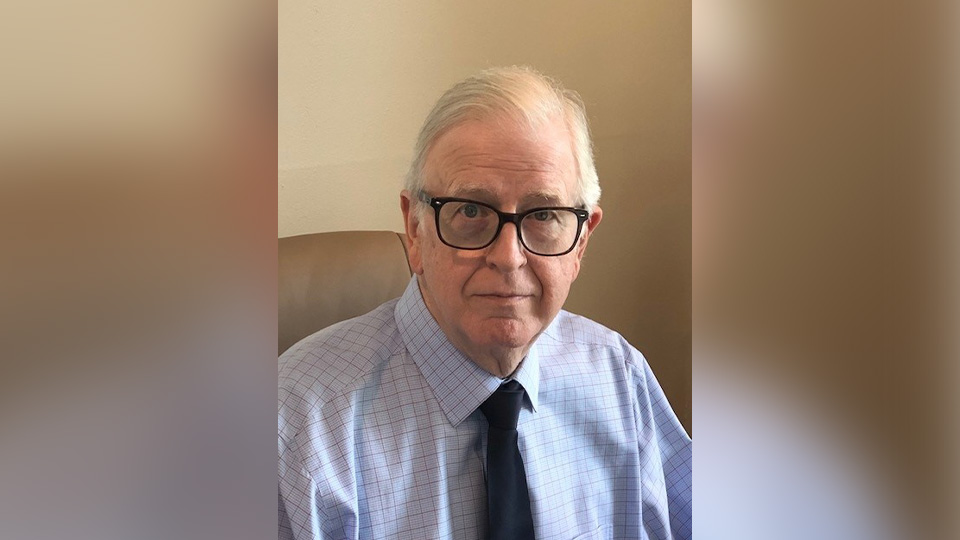 One of the founding editors of USA Today, he also is a trustee of the First Amendment Museum being developed in Augusta, Me. A longtime proponent of diversity as an essential element of a free press, he is a member of the board of directors of Journal-isms, a regular report on diversity in the news media.
Policinski writes, lectures and is interviewed regularly on news media and First Amendment issues. He is co-author, with Professor emeritus Robert Bickel of Stetson University, of a multi-media academic course, The First Amendment and the Civil Rights Movement. He is a contributor to “Whistleblowers, Leaks and the First Amendment,” published by the American Bar Association, providing a chapter on First Amendment issues and a free press; and has been published in a number of law review journals.

He is a member of the First Amendment Museum instructor team for Osher Lifelong Learning Institute (OLLI) classes, through the University of Southern Maine, on “The Five Essential Freedoms: The First Amendment and Your Life.”
The host of multiple radio and online audio programs during his career, including the current news and interview blog Ciceronia (a local news and information site about the town of Cicero, Indiana), he also was producer and then narrator for the 20-year multimedia musical touring production, Freedom Sings, which toured from 1999 through 2019). Policinski was executive producer of the Emmy Award-winning public television program “Speaking Freely,” several news and sports talk programs on “USA Today Sky Radio;” and was host of “Newseum Radio,” which aired for four years on NPR Worldwide.

Policinski has directed several programs involving the federal judiciary and journalism. “Justice and Journalism” running since 1999, brings federal judges, journalists and others together to discuss issues of information access and accountability. Since 2019, he helps coordinate federal judges visits with college journalism students to discuss the role and operation of the various U.S. Courts. Both programs are done in partnership with the Judicial Branch Committee of the Judicial Conference and the Administrative Office of the U.S. Courts.
A former national trustee of the National Academy of Television Arts and Sciences, he is a member of multiple journalism associations, including the News Leaders Association and the Society of Professional Journalists. He holds a Certified Journalism Educator designation from the Journalism Education Association.

In non-journalism related public service, Policinski serves as President of the Nickel Plate Heritage Railroad board of directors, a non-profit enterprise that operates the Nickel Plate Express, an education and historic preservation line, based in Noblesville, Indiana. A graduate of Ball State University, he is a member of the Dean’s Council for its College of Communications, Information and Media. He attended the Nashville School of Law. He was awarded membership in 2012 to Pi Sigma Alpha, the national political science honor society, through its chapter at the University of North Georgia.

A 1980 recipient of the Indiana governors’ service award, Sagamore of the Wabash, he also has served as an adjunct faculty member at Winthrop University; on the education committee of  the U.S. Olympic Committee; as a trustee of the United States Sports Academy; and on the board of advisors for the Institute for Media, Culture, and Ethics at Bellarmine University. He was a trustee of the Newspaper Association of America Foundation, a member of the board of trustees of the Association of Opinion Journalists Foundation and was co-chair of the 2012 national convention of the American Society of Newspaper Editors.

Policinski’s daily journalism career included working as a reporter or editor at the Greenfield (Ind.) Daily reporter, the Marion (Ind). Chronicle-Tribune; at Gannett News Service bureaus in Indianapolis and Washington, D.C. and at USA TODAY, where he held various news executive positions, including Washington Editor at its launch, and later Page One editor and Managing Editor/Sports. Most recently, he is a contributor to the Hamilton County (Ind.) Reporter.

While at the Freedom Forum, Policinski directed multiple programs and initiatives, including the Religious Freedom Center, the annual rededication of the Newseum’s Journalist Memorial program and the foundation’s annual National First Amendment Moot Court; and partnership programs with other foundations and organizations, including for more than 20 years the National Freedom of Information Day observance and the Freedom of Information Hall of Fame. He began writing the weekly Inside the First Amendment column in 2004, which later retitled First Five. He also hosted several online audio and video programs, including the Journalism/Works series running from 2013 to 2018.