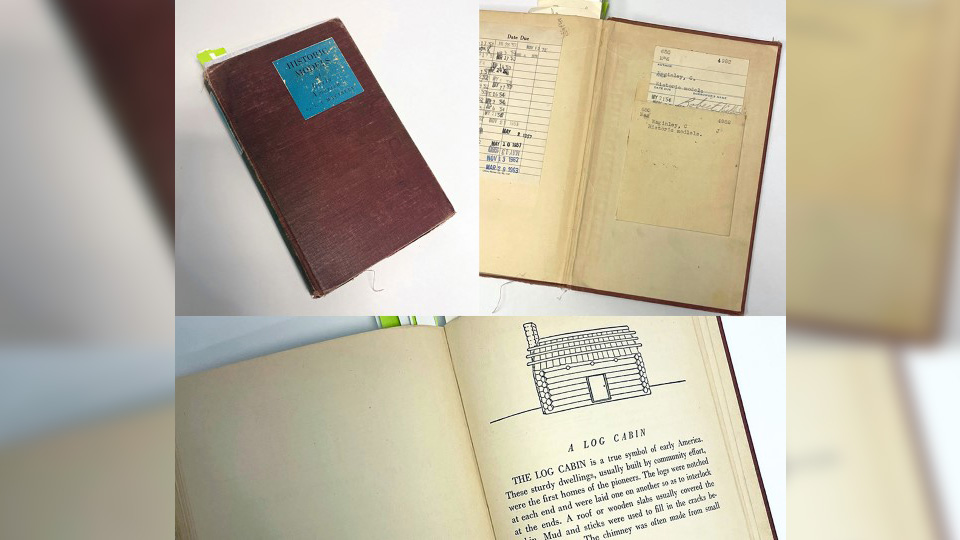 Today is National Read a Book Day, so here’s a look at a very special book that impacted a young man’s life and contributed to a museum and heritage park that today is inspiring millions of children and adults. He was just 16 years old on May 21, 1954 when Discovery Park founder Robert Kirkland stopped by the Union City High School library and checked out the book “Historic Models of Early America and How to Make Them.” One of Discovery Park’s lead docents and an Obion County resident with a passion for local history, Art Chivers, discovered the book at a sale and snatched it up when he noticed Kirkland’s name at the top of the list of borrowers.

The book was written by C. J. Maginley and was released in 1947. Interestingly, as you flip through the chapters and illustrations included inside, you become increasingly aware of the connection between the contents of the book and the museum and heritage park Robert and Jenny Kirkland would open in 2012.

“Historic Models of Early America and How to Make Them” includes the history and purpose of various items used by early Americans and provides illustrations on how a model of these items can be made.  The models include a canoe, farm implements, early-American cabins and more.

The Dec. 7, 1947 New York Times review of the book noted the instructions for building the models were “sketchy at best and would not be adequate for the youth who has had no previous experience working with hand tools and wood.” Little did they know one young reader would grow up and recreate the real things for a museum and heritage park that would inspire millions of visitors for decades to come.