On June 1, 1796, The United States Territory South of the River Ohio, more commonly known as The Southwest Territory, became the 16th entity to be granted statehood by the United States Congress – the first federal territory to apply for statehood. It was granted the name Tennessee, from the Cherokee village of Tanasi, in modern day Monroe County. The land that now constitutes our state has been granted many names throughout its brief history, and there is a rich history behind this process.

In 1784, settlers living in what is now East Tennessee became dissatisfied with both the government of North Carolina and the Federal government under the Articles of Confederation. The settlers broke away from North Carolina to create what they called the State of Franklin, drafted a state constitution, elected John Sevier as governor, and began independently governing their unofficial “state.” The two issues that the Franklinites wanted resolved were Native American relations and the right to navigate the Mississippi River, and even signed a compact with the Spanish Empire for rights to transport goods along the Mississippi. The government of North Carolina quickly reasserted its dominion over the territory, and in a matter of four years, the state of Franklin was extinguished.

In 1789, upon its own statehood, North Carolina ceded all lands west of the Appalachians to the federal government. The Union then used the land to reward revolutionary soldiers, as well as to settle further land claims under the Cession Act of 1789. Congress gave the name Territory of the United States South of the River Ohio, which, after a few modifications, became The Southwest Territory – the name it retained until statehood in 1796.

On June 1, 2021, Tennessee celebrates 225 years of rich heritage. The contributions of the state and its inhabitants to the global markets of food and music cannot be overstated, nor can its contributions to science and national security. Now a key player on the national stage, it is an enlightening consideration that just over two centuries ago, our great state was a primitive region shrouded in conflict and mystery. 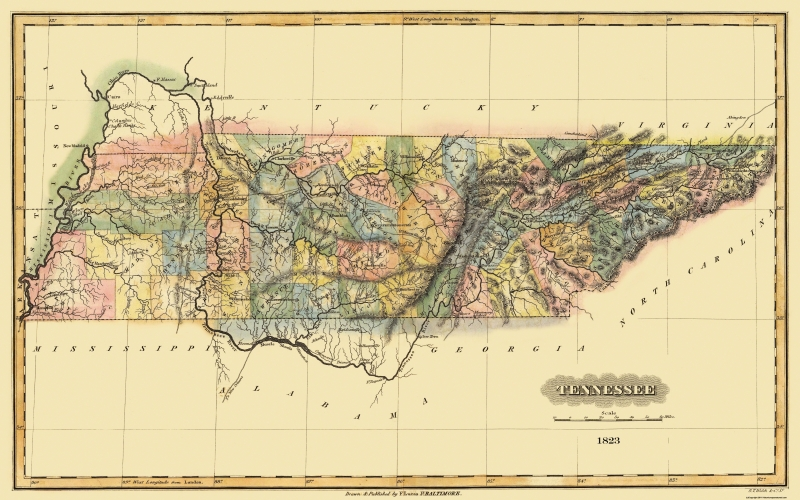