Thousands of children and adults enjoyed the 2022 Military History and Armed Forces Symposium that was held here at Discovery Park April 29 to May 1, 2022. The event featured a variety of programs and interactive activities that explored the past, present and future of the American military. For the first time ever, all branches of the military had representatives at the symposium. 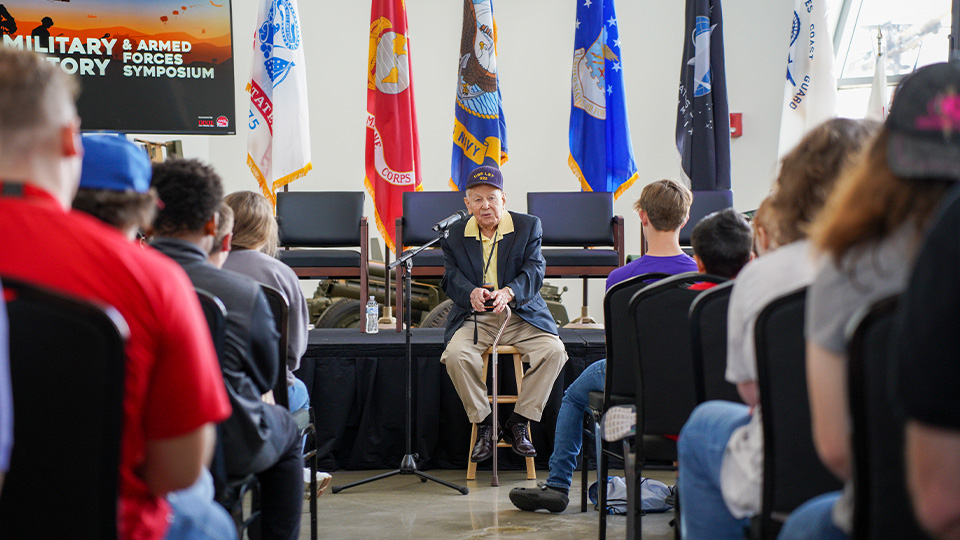 Attendees experienced a number of special guests including Bill Allen, one of the last remaining D-day survivors. You can hear an episode of our podcast recorded earlier with Mr. Allen here. Jennifer Horbelt with WPSD Local 6 also recorded an in-depth interview with Mr. Allen at Discovery Park.

Other special guests participated in panel discussions and presentations on a wide range of topics that included details on how to enter the military, managing a military career and tips to apply after leaving the armed services. Videos and recordings of the panels and conversations will be shared in the coming weeks. 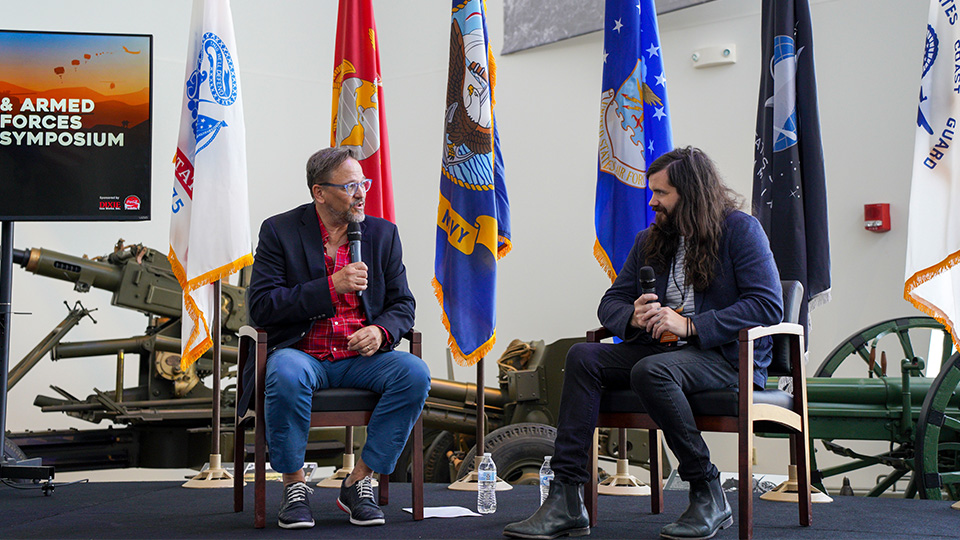 Music was also a big part of the event with concerts and live performances by Operation Song and the 52nd Regimental String Band. Operation Song empowers veterans, active-duty military members, and their families to tell their stories through the process of songwriting. Their performance at the members only reception on Friday night included songs written after spending time with local veterans David Blincoe and Ray Pollard. In addition to performing at the reception, the string band also provided guests with music and dance instruction at a new event, an early-American folk dance.

A number of historic interpreter groups were on hand inside and out to educate guests on the military of the past and authors of military-related books were here to share their stories from their years in the military.

“A Country Divided: Photos from the Civil War,” an exhibit of rare Civil War photos and artifacts, made its world debut at the event and will be on display through May 25, 2022. Designed by Discovery Park’s collections and exhibits team featuring items from the collection of Jason Pate, the exhibit consists of several early photography examples depicting soldiers that either lived in or traveled through Obion County and the surrounding Tennessee/Kentucky region during the Civil War.

The popular Lantern Walk returned to The Settlement with stories and voices from the Civil War. Among the new cast members was Flo Roach who has appeared in films including “The Help.”

New to this year’s symposium was the U.S. Navy “Nimitz” virtual reality experience. Guests had the opportunity to participate in a 360-degree virtual reality view of what it is like to be on a Special Warfare Combatant-Craft crewmen mission in America’s Navy. Outside, guests could also view a Black Hawk helicopter, an M113 armored personnel carrier, Oshkosh M1070 tank transporter tractor unit and more.